There is a new art form and kulture hitting the streets - that has been around for over a century - everything old is new again! It is called Steampunk, which is not just an art style, but even more: a fashion statement, lifestyle, design aesthetic and a huge part of kustom kulture. It is high science that is realized without computer chips and plastic, but rather with wood, brass, gears, steam engines and vacuum tubes. While the name “Steampunk” may have been coined in 1987, the artform embodies the aesthetic principles described by Jules Verne, Edgar Rice Burroughs and even Mark Twain.

If there is an aristocrat of the Steampunk Genre, it would have to be Dr. Phineas Waldorf Steel, of doctorsteel.com. Besides being the Patron Saint of Steampunk, he is also a phenomenal artist, musician and politician. (One of his side projects is to become Emperor of the World). I am happy to say that I have received the stamp of approval for these stencils directly from the Dr. himself!

The stencils supplied within are resplendent with all the Tesla-esque retro technical goodies that you would ever need to create any and all of your Neo-Victorian contraptions (real and imaginary). Whether it be a fashion accessory, or a graphic accoutrement for your mechanical automobile, the Artool® Steampunk FX® Freehand® Airbrush Templates are a definite positive addition to your constantly growing arsenal of pigment assisted, aesthetic enabling tools. Never again will you find yourself at a loss for rendering robots, or decorating a birthday cake for Dr. Steel. You can hang them proudly above your workbench between your brass goggles and the #5 Wirly-Gox Tesla-driver!

Paint to live, live to stencil. 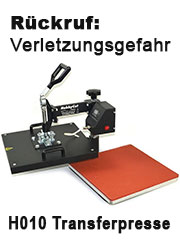